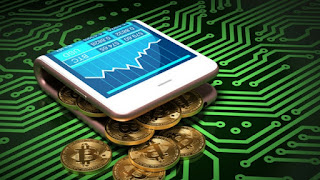 Apparently, we took a little break from blogging here. And there is really too much to catch up on since our last post and today. So, we will start right now at the beginning of 2018.

If there ever was a wild way to start out the year Bitcoin enthusiasts felt it. In September of 2017 those of us who were in the Bitcoin enthusiast column discussed the year end price of Bitcoin reaching even as high as $5000. The TV show "The Big Bang Theory" set the "ridiculous" price of Bitcoin at $5000 for their episode on Bitcoin. And then we watched it rise to almost $20,000. Admittedly, here at BYB we didn't see that coming. Our projections for the new year were in the 5000 - 10,000 USD range. So when the big slide happened this last week we really weren't rattled. Just a bit more like "Hmm that's an interesting development".

It had to be a rough couple of weeks for people who had just mortgaged their homes to buy in to this technology when the prices were up in the high teens.

It definitely illustrated one thing to us here. It is always better to be in a situation where you don't have to sell in a panic. Be in Bitcoin for the excitement, for the potential gains, for the fact that you are part of a new technology that has the potential to change the world for the better. But don't be in it for the babes and the private jets.

There is an old saying in the stock market that goes "Bulls make money - Bears make money - Pigs get slaughtered."  Don't be a Bitcoin Pig.

Many people have been speculating on the reasons for the incredible swings in the price of Bitcoin. We'll leave those conversations for the Reddit boards. Even with those swings we are enthusiastic about Bitcoin / Cryptocurrency / Blockchain and all that those technologies will bring in 2018.

Join us on Twitter and Facebook for great conversations and various polls and more fun to come.